-Introduction to Nutrition, Movement, and Stress 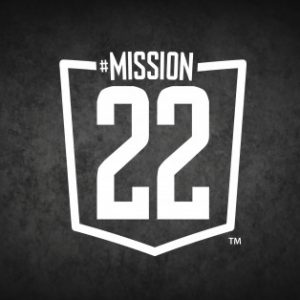 Coach Anya and Coach Chris here, tackling the often far too messy topic of nutrition. One thing that has not gotten any easier to navigate over the last 100 years is how to feed ourselves. Let’s see what we can unravel.

How we nourish our bodies has a direct effect on how we feel physically, mentally, and emotionally. Unfortunately, few people seem to see this clearly. Perhaps it’s because food is associated with so many other elements in life besides health–family, friends, work, and just about every social gathering you can imagine. Food typically isn’t given much thought other than what it tastes like and the events it’s associated with. We have a much harder time making the connection between what we eat and our long-term mental, physical, and emotional states.

Most people aren’t thinking about how food is information for our bodies. Food is pure data, the building blocks and foundation of our well-being, and it affects us on a cellular level. Our genes are “expressed” for better or worse by what and how we eat. We often think about genes as something inherited and unchangeable, like your mom’s nose, dad’s height, predisposition to weight gain or substance abuse, etc. Did you know, though, that it’s possible to override some of the lifestyle-related, supposedly fixed traits with lifestyle changes?

While you can’t change “familial” traits like eye color, you can control how readily and efficiently you’re burning fat, building muscle, and how easily you get tanned or burned.

In this third module, we’re going to investigate how you can make decisions that switch on portions of your genetic code for long-term health by optimizing your nutrition, movement, and other lifestyle patterns.

So, if food is positive or negative data for our genetics, how do we determine the optimal type of “data” to send? How should humans eat? I would argue that we ought to look to history for the answer. Specifically, I would look to our hunter-gatherer ancestors because they were remarkably healthy given their living conditions and lack of modern medicine. There were no hospitals, yet they lived free from obesity, cardiovascular disease and cancer. There were no gyms, yet they had to be active and strong. There were no perfect conditions for sleep, yet they didn’t suffer from chronic insomnia. While it’s true that they would have been more susceptible to catastrophic injury or illness like a broken femur or tuberculosis, it’s also true that they maintained their vitality much further into their lifespans than the modern person does now.

We’re going to talk more about what we’re wired to eat later, but first, let’s take a look at one peculiar statement.

You’ve probably heard the expression “You are what you eat,” right? What does that really mean? If I’m eating a pizza, I’m not actually a pizza (last time I checked). This phrase was first used in English in the early 1900s. It refers to the idea that food controls a person’s health. What we eat is the primary driver of mental, physical, and emotional health. 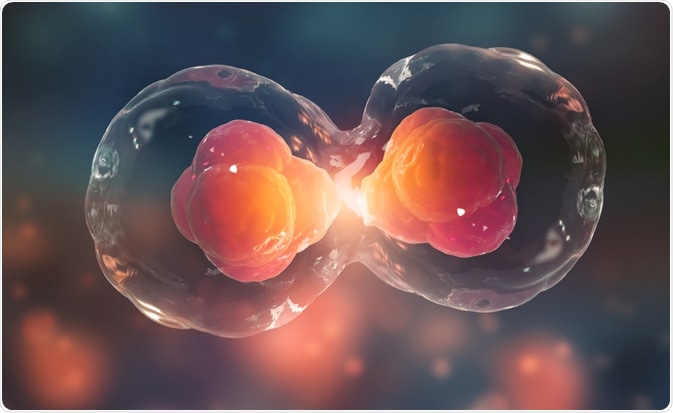 Food affects your body more than you can imagine. The human body is constantly renewing itself. Your liver can regenerate itself post-injury. The epidermis (the outer layer of your skin) replaces itself every 35 days. The stomach lining replaces itself every four weeks. Every week, our bone marrow cranks out a fresh pint of blood. That equates to about two million new red blood cells every second!

The food you consume affects every single process in your body on a cellular level, and with the unbelievable amount of cellular turnover, repair, and generation, having a well-stocked body with a wide array of nutrients is vital in every sense of the word. Now the phrase about being what we eat makes much more sense. So what are most Americans eating and becoming?

Imagine a typical day in the life of an average American.

We wake up, grab a cup of coffee (sugar and milk added). Eat a quick breakfast if there’s time, containing a glass of OJ (all natural, of course), a freshly toasted bagel with cream cheese (obviously whole grain and low fat, respectively), maybe some waffles to round out our required serving of healthy whole grains, or, if we’re on the go, something from a breakfast menu of the most convenient drive-through.

There is usually a midday snack because “eating small meals frequently” keeps the metabolism up, which is healthy for some reason. The snack typically consists of a glossy wrapped granola bar with pictures of mountains and backpackers, never minding the fact it has about as much sugar as a candy bar. If we’re being really conscious about our snack choices, perhaps we reach for a piece of fruit or a yogurt parfait (also ignoring the fact that most single-serve-sized yogurts also have at least nearly as much sugar as a candy bar).

Lunch typically consists of a quick and easy $5 foot-long, or other carbohydrate-laden meals, with some protein – gotta eat our protein – and low fat, because “fat clogs up your arteries.” If we’re lucky, maybe the protein will be “plant-powered” because alliterations are cool and healthy these days.

Dinner is pasta, rice, beans, potatoes, corn, some meat, and maybe a side of veggies. Often our dinner comes from a package, a box, or something microwaveable with God-knows-what-ingredients-those-are. Sometimes you can’t even pronounce them, and I don’t blame you. 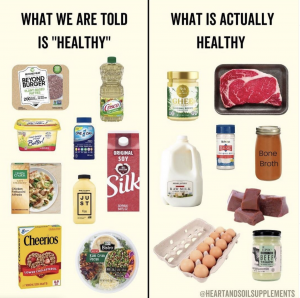 All the while, this eating pattern more or less follows the guidelines presented to us by the so-called authorities on nutrition. Unfortunately, as we’ll see, the American nutrition paradigm is mainly based on poor science and lazy thinking, not human nutrition. In the last 50 years, we’ve been conditioned to eat this way, while getting sick, obese, and metabolically damaged. The rates of disease linked to poor diet have skyrocketed since this original guidance was pumped into the mainstream since the 60s and 70s.

How can we get out of this vicious cycle? How come we were not more informed on what’s happening to our bodies? What steps can we take to stop the spread of chronic disease (Type 2 diabetes, cardiovascular disease, autoimmune diseases, and more) and the stress-eating epidemic we’re all prone to?

Sorting through modern nutrition science is a task of separating the wheat from the chaff, which is to say, there is a lot of sorting to be done. Research into human nutrition is complex, as the task of isolating inputs and linking them causally to outputs is extremely difficult. As with finding an optimal exercise routine for absolute peak performance, finding a 100% optimal diet for an individual is a black box of discovery. We have a collection of inputs (type of diet, meal timing, genetic predispositions, environmental factors, and so on), and we can measure a handful of outputs, like development of insulin resistance, metabolic deficiency, and blood glucose levels, to name a few.

Between those inputs and outputs lies the human body in all its spectacular complexity. As we’ll see, it’s not obvious that there’s a single way of eating that works for everyone; there is some wiggle room within good parameters of what “optimal” nutrition looks like. But it’s clear that one diet doesn’t work for anyone: the Standard American Diet.

Throughout this module, we’re going to learn what we’re actually designed to eat, how to handle stress eating, and how sugar affects your body, and we’ll talk about chronic disease, fasting, and optimal diet plans to help you feel supported on this journey of improving your lifestyle.

Always rooting for you,

We’ll learn more about the importance of moderating your body’s insulin response to your diet later, but here’s a teaser: chronically elevated insulin levels stimulated by a high-sugar, high-grain diet leads to all sorts of metabolic dysfunctions, meaning your body has a hard time turning what you eat into energy.

One way to help blunt insulin response is to engage in light physical activity right after a meal.

After one of your meals today, head out to a park or field. Mark out a roughly 100-yard distance to aim at. Get across the field and back without walking or running. Use movements like bear crawls, lunges, crab walks, frog jumps, high skipping, or even cartwheels.

Get creative with it and maybe do it with a friend so you don’t feel so nuts… although if you find yourself doing something out of the ordinary, you’re likely on the right path.